The new Toyota 2023 vehicle line-up focuses on driving innovation with new electric vehicles and hybrid models. A huge part of the marketing campaign is to become one of the first automakers to offer fully-electric models. The company plans to unveil their new vehicle line-up and begin production soon. This is a significant milestone for the company, since they’re one of the most recognized brands in the world today.

Toyota has been working on electric vehicles for a while now, but it's only recently begun to focus on its EV (Electric Vehicle) line-up. The company is expected to launch at least 70 EV models by 2025, including SUVs, sedans, and trucks. The all-new Toyota line-up will be focused on hybrid and fully electric vehicles. However, it's still unclear which Toyota 2023 models will make up part of the new line-up in terms of volume production.

The Focus on Hybrid

Toyota wants to focus on hybrids. This is because it’s more environmentally friendly, and it helps reduce emissions from cars which are good for the environment and people. Hybrid vehicles use batteries as part of their power source instead of fuel, making them more efficient than traditional cars and encouraging people to make the switch.

The Tundra Hybrid will be offered in a full-size pickup truck configuration, while the Tundra EV will be available only as a commercial van. Both vehicles will feature an all-electric range of up to 160 km per charge and an all-wheel drive system for improved off-road performance.

To ensure you get to where you need to go safely and comfortably, both models will come standard with various safety features, including automatic emergency braking, rear camera, lane departure alert system, and blind-spot monitoring.

The Toyota Corolla is a small family sedan and has been one of the most popular ones ever since its launch. It comes in different variants and can be ordered with or without a diesel engine, depending on your preference. The car offers numerous features, which include:

All of these make your journey more enjoyable and comfortable.

The new line of Toyota vehicles will provide drivers with style and comfort. The use of better technology should help improve the overall driving experience, making the vehicles safer to drive and potentially more fun to use on the road. Overall, this has been another excellent year of announcements from Toyota, with exciting new models surely on their way in the coming months. 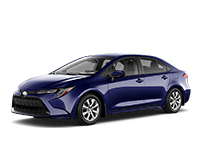 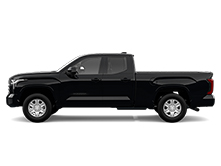 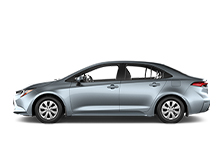